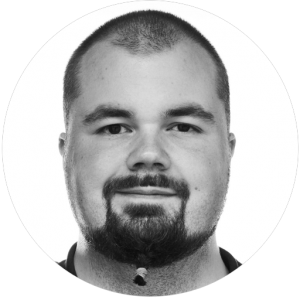 I’ve always had a creative side, the desire to learn new skills and create something to share with people around me. I used to experiment and build my own toys from scraps and paper and think up new uses for everyday items.

When I started playing games I would often try out the mechanics and see what I could do with them in the levels. The more I understood about how the games had been built, the more I wanted to make my own. I would draw out maps and mechanics and play out the scenarios with friends; having a lot of fun with our customized rules.

I moved to Visby to study Game Design at Uppsala University Campus Gotland and graduated with a Bachelor´s degree. In this school I studied Programming, 2D, 3D and Design. I was a Jack-of-all-trades as I wasn’t fully sure what I wanted to do and wanted to learn more about game development.

I am now studying Game Design at Futuregames in Stockholm, focusing on Gameplay & Level design. Just like I used to experiment with toys, I am experimenting with gameplay experiences. I’m prototyping mechanics and testing out how they work in a level to bring out the most fun game I can think of.

Gaming is becoming a major cornerstone in our culture, and I hope to be a part of creating the experiences.